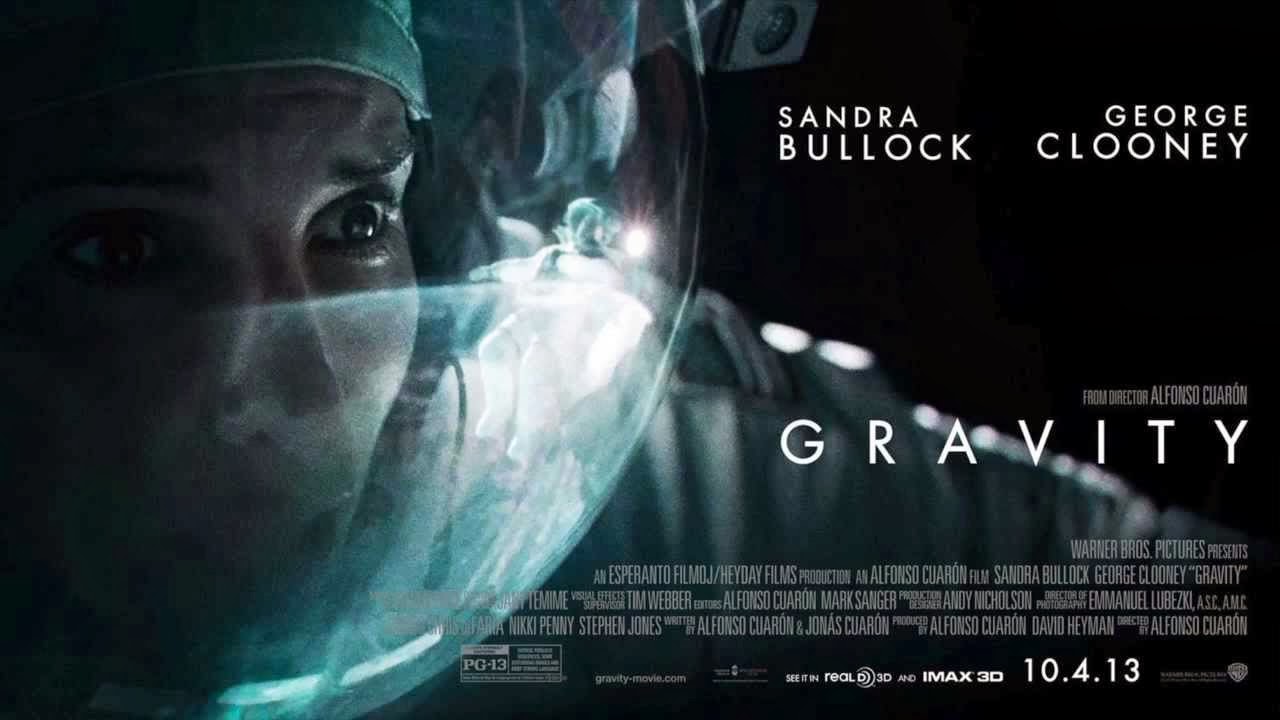 Alfonso Cuarón’s Oscar-winning technical tour-de-force is a thriller come adventure come survival story, yet, with a cast of only two, remains epic in every sense.

Sandra Bullock is entirely sympathetic (if not entirely believable) as civilian astronaut Dr Ryan Stone, a technical specialist in orbit to upgrade the Hubble Space Telescope. George Clooney is barely, but memorably, there as shuttle commander Matt Kowalski.

Don’t you know it, those pesky Russians have shot down one of their own satellites, creating a shower of debris hurtling across the sky at 20,000 miles per hour. The high-speed space junk takes out their shuttle, then the ISS, until the only refuge is a Chinese space station.

Gravity is less science fiction than dramatised science fact – stretched to breaking point in this breakneck thriller in which nothing stops moving. There’s a surfeit of flying, falling, floating and spinning – not to mention crashing into solid objects without sustaining any serious injuries or breaking the spacesuits.

The only complaint about Gravity is the tragicomic chain of events. Each set piece accompanied by a sense of “What, now? Really?” Each place of refuge either disintegrates, catches fire or falls out of the sky.

How many bad things can happen to one astronaut in one day? And can a telescope scientist who never managed a single landing in the simulator, pull off a landing in a succession of foreign craft she’s never flown? It’s one thing to randomly guess which button to push on your washing machine when the instruction manual is in Russian or Chinese – but a spacecraft???

But I’m being churlish. Gravity does not refer to the weightlessness of space, but the grounding of the movie by the sheer weight of Bullock’s performance. Never less than brilliant in whatever junk she’s done (Speed, Miss Congeniality, The Lake House), Bullock plays the part with the kind of hutzpah that few outside Cate Blanchett or Sigourney Weaver can bring.

Sharing the writing credits with his son Jonás, Alfonso Cuarón (Prisoner of Azkaban, the brilliant but bleak Children of Men, Y Tu Mamá También) directs and produces a high-concept adventure that rightly won awards for groundbreaking technical acheivement. There’s more than a touch of Spielberg-style audience manipulation in the script; Bullock has to have a tragic backstory to add to her approaching breakdown. But try not to be affected as the gaunt Stone cries in zero gravity, with her tears floating away.

The dialogue is thankfully sparse, given the down-home tone and the mundane operational space lingo. Bullock resorts to talking to herself for the sake of the plot (Redford doesn’t have to in All is Lost). And could Clooney have listened to something other than country and western on his headphones, whilst telling rambling shaggy dog stories about Mardi Gras? A worthy cameo, Clooney has the quiet, ahem, gravitas to be ‘the guy’ in charge, the one with the old school ‘right stuff’.

Gravity is, at the end of it, a remarkably old-fashioned adventure-disaster movie with a lot of technical wizardry to make the stunning visuals. None the worse for that, ride along with Sandra Bullock and, as Clooney says, enjoy the view. RC

Robin Catling gained degrees in both arts and technology which led to a diverse portfolio of employment. A freelance systems analyst, project manager and business change manager for the likes of American Express, British Airways and IBM, he moved on to web design, journalism and technical authoring. He has also worked in film and television, both behind and in front of the camera, including productions by Steven Spielberg, Martin Scorcese, Ron Howard and Ridley Scott. A qualified three-weapon coach, he runs West Devon Swords teaching sports fencing to all age groups, and in recent years qualified with the British Federation of Historical Swordplay to teach medieval and renaissance combat in the Historical Western Martial Arts.
View all posts by Robin Catling »
« How-to: Fix Windows 8.1 Upgrades
Movie Catch-up: Europa Report (2011) »