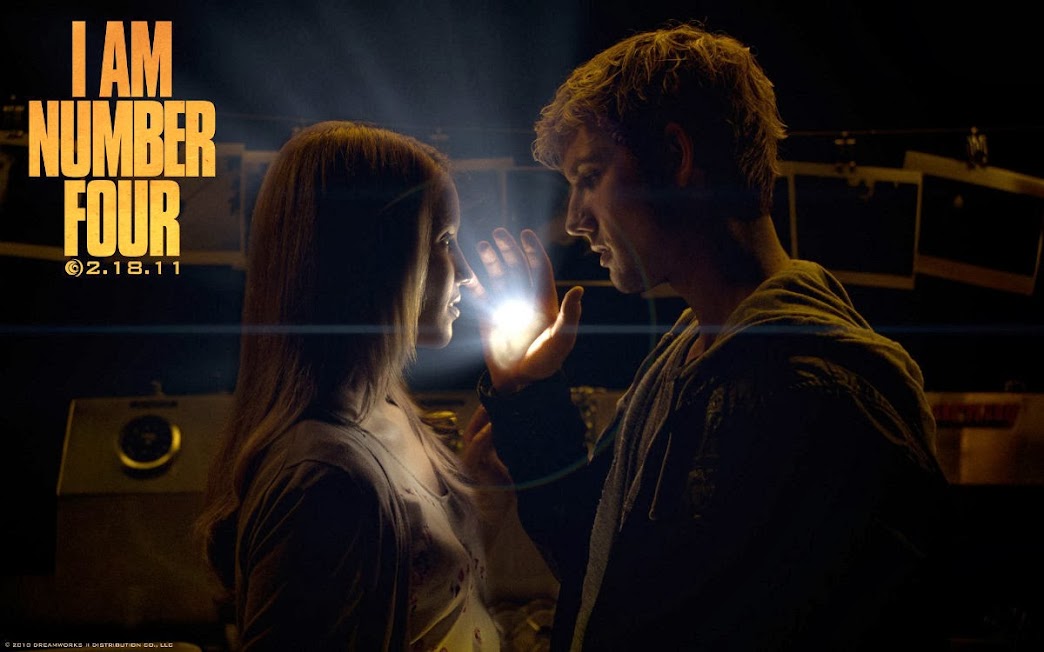 John Smith (Alex Pettyfer, Storm Breaker) is an intense ‘teenager’ (of about 25); a fugitive on the run with his uncle (Timothy Olyphan, Justified). Unlike other teenagers, puberty brings superpowers and a vicious band of alien enemies. He is Number Four, but you get the feeling he may be The One. Oh dear, Another One.

More like a very expensive pilot for a TV series, the whole thing feels like Supernatural crossed with Smallville and X-Men. What do you know, two of the writers are Alfred Gough and Miles Millar (Smallville).

But if Pettyfer is a high school teen, then I’m Kermit the Frog. It’s not easy being green… Hot on the lucrative tails of the Twilight franchise, this tale treads a familiar Smallville path; the ordinary, small-town kid with superpowers and geeky friends, chasing the hottest girl in school and getting into all sorts of trouble. Yes, Smallville II with a big dollop of Roswell High and Kyle XY, laid over the usual mythic structure of coming-of-age, rebellious young hero, mentor father-figure, unobtainable princess- so far, so Eragon. Add some alien villains and the high-school teen angst of every other show on ‘yoof’ TV.

Sit down with some graph paper and you can plot the three-act heroic journey almost to the minute. You know it is his density – sorry, destiny – to stop the unstoppable alien invasion and save the world, the galaxy and possibly the universe. The unstoppable in this case comes in the leather-clad forms of the evil dog-like Mogadorian hunters, led with relish by Kevin Durand – a nice run of flip one-liners and casual murder, if a little too much like Clancy Brown’s Kurgan from Highlander.

Outgunned and outclassed, Pettifer’s Smith is then rescued by Number Six, the obligatory Cara-Supergirl-slash-Buffy teen-fantasy kick-ass chick in leather riding red Ducatti, a role attacked with gusto by petite Teresa Palmer, utterly unconvincingly. Dianna Agron (Glee) as Sarah, object of John’s affections, gets the thankless job of being a mere Earthling but comes out with the acting honours.

Adapted from a book by 10,000 year old alien author Pittacus Lore (hmmm), also from Smith’s home planet Lorien (because they’re worth it), this is volume one of what could be an expensive , sorry, extensive franchise. Except, as it turns out, it isn’t.

As you might guess, I Am Number Four is not jaw-droppingly original. The first half is rather broody and po-faced until the action proper kicks off with big guns and a Ray Harryhausen CGI creature-feature tribute – you’ll never look at a beagle the same way again. There’s a big-budget light-show for the otherwise predictable finale, in which no one ever feels under serious threat.

An everyday story of nine infant aliens with extraordinary powers being hunted by the evil invaders who destroyed their planet clearly appealed to uncredited executive producer Steven Speilberg. Also it’s familiar territory for Gough and Millar who can now write this stuff in their sleep. Director D.J Caruso ups his game after Eagle Eye & Disturbia, although you can see the blueprints laid down by pencilled director Michael ‘if in doubt make a bigger explosion’ Bay.

Unfortunately, I Am Number Four failed to set the world alight and the planned sequels were shelved, which leaves us with this entertaining teen-popcorn adventure which canters along and doesn’t outstay its welcome.

Robin Catling gained degrees in both arts and technology which led to a diverse portfolio of employment. A freelance systems analyst, project manager and business change manager for the likes of American Express, British Airways and IBM, he moved on to web design, journalism and technical authoring. He has also worked in film and television, both behind and in front of the camera, including productions by Steven Spielberg, Martin Scorcese, Ron Howard and Ridley Scott. A qualified three-weapon coach, he runs West Devon Swords teaching sports fencing to all age groups, and in recent years qualified with the British Federation of Historical Swordplay to teach medieval and renaissance combat in the Historical Western Martial Arts.
View all posts by Robin Catling »
« News 26 April 2014
How-to: Something Wiki this way comes [Guest Post] »