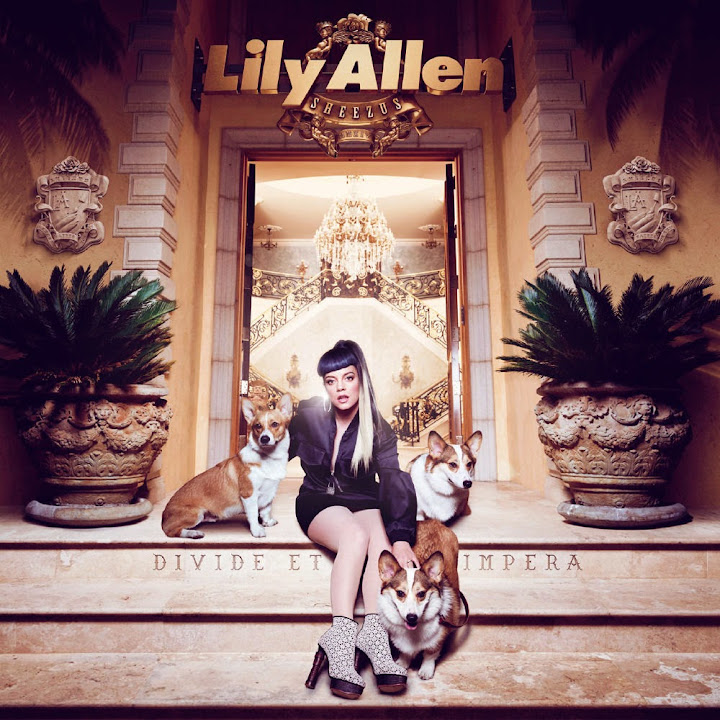 By all means be provocative, even shocking; please, have something to say, come up with a bit of social commentary; but you’re a grown woman sounding like a grumpy teenager declaring the whole entertainment business is c**p.

Lovely production sound, by the way.

Bearing in mind that some people will only have bought this album for the Waitrose Christmas ad cover of Keene’s Somewhere Only We Know – which is a saccharine throwaway track never meant for the album anyway – they may be in for a shock. It’s not an easy listen, with F-words, S-words and repetition of bitch as the hook in one entire song.

Lyrically the claws are sharp as ever, even if the motivation comes across as somewhat cynical. Either it’s what she thinks the kids want to hear or she’s pouring five years of bile into her comeback album. You’re never quite sure.

“She needs to know when to f***ing shut up,” said actor-comedian dad Keith Allen of his notoriously catty, spikey and often ungracious daughter, so it’s difficult to summon up sympathy for someone who repeats as a chorus
“It’s hard out here for a bitch,” no matter how much post-modern irony they pour into it. Lilly’s arch winks and digs at the misogyny of the entertainment business now eviscerate everything else around.

However successfully producer Greg Kurstin wraps different musical styles and beats around her, Allen’s acid tongue is often too corrosive for her own good. Dorothy Parker sure was witty and compelling, but utterly vile and reviled by most of her peers. There’s a lesson in there somewhere.

After five years away, Allen wants to make the grand comeback, if only the high concept post-motherhood, post-feminist Sheezuz (why not poke the Jesus followers with a 40,000 volt cattle-prod?) with its ‘screw you’ bravado was a bit more convincing.

Unfortunately the ironic attempt to ‘big up’ herself over global superstars Katy Perry, Beyonce, Lorde, Lady Gaga, and Rihanna (all of whom can sing at bit) falls a bit flat.

But, as she jokes, maybe she’s just moody because she’s about to get her period. I get it; this is the ladies’ locker-room album.

On a personal level, there are some brave moves. Allen bites back in Silver Spoon, fighting suggestions of privileged upbringing and record signing via the casting couch. Take My Place references her miscarriage of a few years ago. These are just two of the many strong narrative songs.

Close Your Eyes is a jolly little number, clearly about back-door sex. Current single Our Time (let’s go out and “lose our minds”) is a ladette labour of booze and pot smoking. URL Badman savages the basement-dwelling Internet trolls but doesn’t stand up as a coherent record.

Life For Me is the mid-life crisis and missing out story set to a breezy island beat. get over it.

Insincerely Yours is somehow complicit in the shallow game of celebrity; if that’s how you feel Lilly, then best not make an album wih a big record label or whine about how little money you made off the Waitrose ad.

Air Balloon is an Edmund Lear, nonsense nursery rhyme, bubblegum pop song wrapped in MIA beats that comes across as pastiche. The lightest in a triptych with Take It and As Long As I Got You (Country and Western: accordions and bluegrass), proves there’s a main-stream pop record fighting to get out, except Lilly wants to throttle it

Musically, the album shifts around; plenty of sleek, chillax, after club beats, a bit of hip hop, a bit of zydeco Southern States folk.

Even though Allen spends more time singing than talking than on previous records, her light vocals no longer cut it in the cute stakes alongside the likes of Eliza Doolittle; and as there’s nothing else in the cupboard, Allen is left looking like a one-note amateur next to the constant parade of X-factor vocal virtuoso’s.

No triumph, no disaster. Sheezus keeps her on the public radar without pushing into Worldwide acclaim. RC

Robin Catling gained degrees in both arts and technology which led to a diverse portfolio of employment. A freelance systems analyst, project manager and business change manager for the likes of American Express, British Airways and IBM, he moved on to web design, journalism and technical authoring. He has also worked in film and television, both behind and in front of the camera, including productions by Steven Spielberg, Martin Scorcese, Ron Howard and Ridley Scott. A qualified three-weapon coach, he runs West Devon Swords teaching sports fencing to all age groups, and in recent years qualified with the British Federation of Historical Swordplay to teach medieval and renaissance combat in the Historical Western Martial Arts.
View all posts by Robin Catling »
« How-to: Upgrade from XP to Windows 7 OEM
Opinion: Networking and Business – Does Twitter Really Matter? »