Opinion: The Dark Side of Social Media Settings Part I [Guest Post] 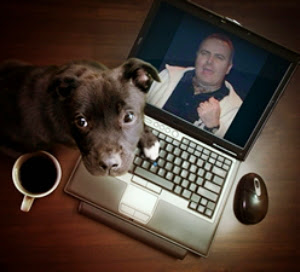 Article originally  appeared as  The Dark Side of Social Media Settings on Digital Inferno by Paul Levy, founder of CATS3000 and Rational Madness.

I’ve just carried out a non-scientific poll of a dozen friends and professional colleagues. Not one claims to understand the majority of settings available to them on the social media platforms they use.

Big deal? Well, let’s see if there is a deal to worry about…

Several find it hard to locate settings, especially on Linkedin. Several reported a feeling that changing settings is part of a “losing battle” as updates and new contacts seem to allow some settings to revert to earlier states. Even if this is a myth, its a demotivating one. Many report being able to change a few settings, especially the ability to switch off email notifications (after a long struggle and the sense that they still have inboxed full of notifications anyway).

One person pointed to the “default to visible” nature of many settings; again, even if this is becoming less the case, its a reported belief.

In all cases, settings seemed to be problematic still, despite changes some platforms have made in terms of simplicity and accessibility, as well as widening the span of user control.

That said, it still isn’t easy to properly delete and many mobile versions of social media tools don’t even allow deletion of content (welcome to the wonderful world of “archiving”!). It isn’t possible to easily leave a social network, to archive content, and settings to control privacy still have a long way to go. It’s all apparently got easier but the perception, at least, seems to be lagging far behind, even unto people simply “not going there”, as far as settings are concerned.

It’s is also geek heaven. Even as someone tears their hair out trying to get to grips with a particular setting, there is a geek answer available at the end of a premium phone line, or after trawling through numerous forums, which still largely read like victim support groups. Either way, settings are still experienced as “abandon hope all ye who enter here”.

If this were Hell, then the burns unit is doling out flame throwers dressed up as bandages. The conspiracy theorists would claim that over-complex and difficult to master settings are all part of a plan to exhaust users into submission and to lock them in. Unable to leave becomes too tired to try to leave and this imprisonment has a superficial feeling of choosing to stay. So we give up. We collude. We create a narrative that it doesn’t really matter. We even experience changing settings as a kind of betrayal of all that social media openness stands for. Isn’t it all supposed to be setting us free?

On the more optimistic side, settings are difficult because they are viewed by the platform owners are annoying and largely superfluous. The mission of Facebook is to make the world a more transparent place and privacy settings might undermine that mission. The wish to be private becomes equated to a wish to hide and this runs in the opposite direction to the platform’s mission. Transparency and “non-hiding” is the preferred default, so settings are set at least as a level of irritation with you for wanting to be private. “Hide” is a term often invoked. Social media becomes a polarised world of show and hide. The rhetoricians use more positive terms such as “openness” and “sharing”. Who are you hiding from? What exactly DO you have to hide? Hm? HMMM?

Privacy is not the same as hiding. When I hide it is “from someone”. When I choose to be private it can often be something in itself. My conversation is not NOT with you, but WITH this person Sacred space is not the same as hiding, only in the eyes of the nosy. Where I choose to look with my eyes doesn’t not have to be framed as “Well why aren’t you looking THERE or THERE or THERE instead?

So settings, especially settings that allow privacy, are still framed negatively. There’s a sense of “bunking out” about them and a gentle pressure not to spoil the party.

Even if this mildly traumatises people in their personal and working lives, it can then groom them to leave well alone, to not delve too deeply into settings and to simply default to transparency and default settings set to “share” as this is less tiring, easier, simple and even more “cool”. Privacy as party pooping can be innocuous enough in social life, but it can be dangerous and risky in working life.

Settings become more crucial when I use my personal device at work, when I engage in social media on company time in public places, and when the corporation begins to communication with customers through microblogging and online communities. The biggest risks in cyber-security are not so much the dangers of being hacked (a growing risk anyway but in ignorant and clumsy behaviour of employees representing the corporation. When the overlap between personal and professional is accidental, incidental and clumsy, even lazy, the risks of information leakage, crossing ethical and legal lines, and even opening up the organisation to unwanted intrusion all rise, quickly and dangerously.

Settings often lie at the heart, not of specific problems, but of a behavioural habit that can kick in To trust lazily. To go with the default. To not bother. We leave security to the techies. We also don’t tend our social media gardens very effectively, allowing all kinds of weeds to grow up and block our view. We can end up with unnecessary content, content repetition, content shared with the wrong people and communities. Our news feeds can become cluttered. We can end up with the wrong contacts. Our garden becomes wild. So, we open ourselves up to risk, but also to inefficiency.

Image credit: The Dark Side of Social Media Settings, by Paul Levy at Digital Inferno. All rights reserved.