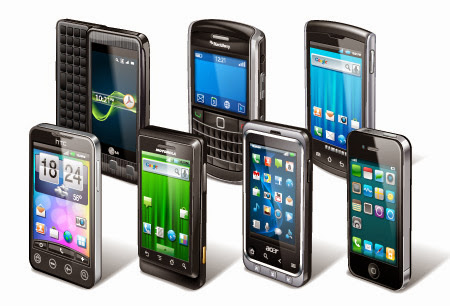 Last time, we started looking at the various phone standards, trying to avoide ending up in acronym hell. We got as far as GSM, CDMA, Edo, HSPA+ and roaming. This time we move on to 4G, LTE and into the future.

While GSM and CDMA work using radio waves in a ‘traditional’ fashion; 4G works by means of an Internet Protocol (IP) network. The radio signals have to be translated into data packets for use on the network. This includes voice calls which use voice-over-IP. The fail-over for 4G is to switch back to a 2G or 3G network to make voice calls.

GSM and CDMA use different standards to accomplish the same goal. While we can argue the technical merits of each, unlike Betamax and VHS, both have sufficient users to continue on side-by-side. As mentioned last time, in the United States, two of the four major carriers (Verizon and Sprint) use CDMA while the other two (AT&T and T-Mobile) use GSM.

Technically the quality is about even. In terms of availability, GSM phones are better able to be unlocked and moved between carriers, but CDMA phones are often locked to a single carrier and unable to be transferred. You better watch out which standard phones are shipped on in your territory; most phones are shipped as GSM or CDMA models, rarely both, so your choice of phone or carrier may dictate what you get or who you run with. This is, perhaps the main issue with CDMA, as supported by the carriers in individual territories.

For example, US colleagues are restricted by the CDMA networks; you will need to buy a phone made for your specific carrier, which is why many people still buy directly from the carrier. For Want a subsidised iPhone on Verizon and you need to buy a Verizon-branded iPhone configured for the specific network bands and compatibility with Verizon- not a Sprint- or AT&T-branded iPhone. If you decideto leave Verizon, you won’t be able to take your phone with you; it is locked to that carrier. Customer lock-in with a physical lock.

To avoid the carrier-trap, you can get unlocked GSM phones – at full price – from third-party retailers. These phones will work with any GSM carrier with the right SIM card. Amazon will sell any phone. Google sells the Nexus and Google Play Edition phones unlocked. If you buy a GSM phone, you need to buy a SIM card for the phone to register it on the network.

While it’s possible to get dual-network phones, even after you check the network compatibility, you’ll need to call your carrier to have CDMA activated. There is no SIM card so you can’t simply replace it. CDMA phones come with a host of compatibility restrictions that are difficult to circumvent; even if you do, most American CDMA still networks don’t allow compatible phones originally purchased from another carrier. This is called a ‘racket’ in popular culture. Switch networks and you’ll likely need to buy a new phone.

This is less likely in territories operating GSM, which is centred around four network bands – 850, 900, 1800 and 1900. You can buy cheaper localised phones limited to local carriers, but more commonly, most GSM phones support all four bands for use in most countries.

LTE is the fourth generation standard quite apart from existing GSM and CDMA networks. Taking hold in mature markets such as South Korea, where it’s the market leader, also Japan, Australia, Sweden, and the United States. Eventually, the high-speed LTE is likely to replace traditional cellular networks. there are one or two issues to overcome first, however.

LTE operates on a limited number of wave bands, that haven’t yet standardised in the way GSM has on four bands. And although LTE uses a SIM card, so you can switch networks by replacing the SIM, LTE is generally being rolled out only for data, not for voice, which means dual-network CDMA/LTE phones are still locked into a network. Carriers are proving resistant to rolling out LTE-only networks. Consequently, LTE has a small market share outside of South Korea, coverage is limited and tariffs high. It looks like LTE is going to take a while to become a global standard with cross-territory compatibility.

So there we have it; mobile telephony; CDMA, GSM and LTE. Next: what can we use it for? Angry Hungry Flappy Farmers? Or perhaps a phone-call? That’s novel. AJS