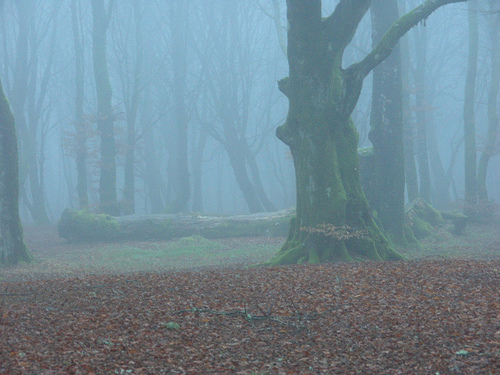 DropBox, GoogleDrive, OneDrive; Office 365; Zoho Office; AWS, Microsoft Azure… I could go on. That’s before we get to Social Media. You may have noticed everything these days is in ‘the Cloud.’

But what does that mean? Are you, like me, a Cloud-sceptic? Granted, I still play CD’s and DVD’s. An occasionally vinyl records. This ‘Cloud’ thing is far to ephemeral to be any use. Isn’t it?

The Internet of Things.
There is an actual ‘Fog.’ The Internet of Things; where every device is internet-enabled in a massive inter-woven fog of greater and smaller networks, with many more localised resources and the most mundane devices able to interconnect with super-computers, libraries, retail, social media. Suddenly H2G2‘s talking toaster becomes a reality. A mad bonkers reality, perhaps; maybe the toaster itself won’t talk but I bet it will be able to order bread, croissants, ‘sandwich thins’ (whatever they are) and lookup the optimal toasting time for Scandiwegian Humectant flatbread.

Cloud-washing
Even traditional software is being ‘Cloud-washed,’ where the web development team come in an replace a traditional desktop program with a fully mobile Cloud-based ‘app’ (usually on subscription). It started a while ago and companies are publishing software products that can only be used over the Web. Office 365 is probably the most prominent Software-as-a-Service (SaaS) product in widespread use.

Minding my Insecurity
And that is all fine is you are happy to feed all your personal and business data into the Cloud; perhaps you like the idea of the fully managed service; full access to everything on any device and any location. But as Ashley Madison, Talk Talk, and any number of smaller online provides have proven, you are trusting the cloud provider to keep all your data safe. Or not. As they have proven, the hackers, crackers and plain old crooks are always two steps ahead, usually with the security services one step (or several) behind them.

You thought the outlook was cloudy. Turns out it may be a pea-souper. AJS

Image credit: Forest on a Foggy Winter Day: photo by follc via PhotoRee