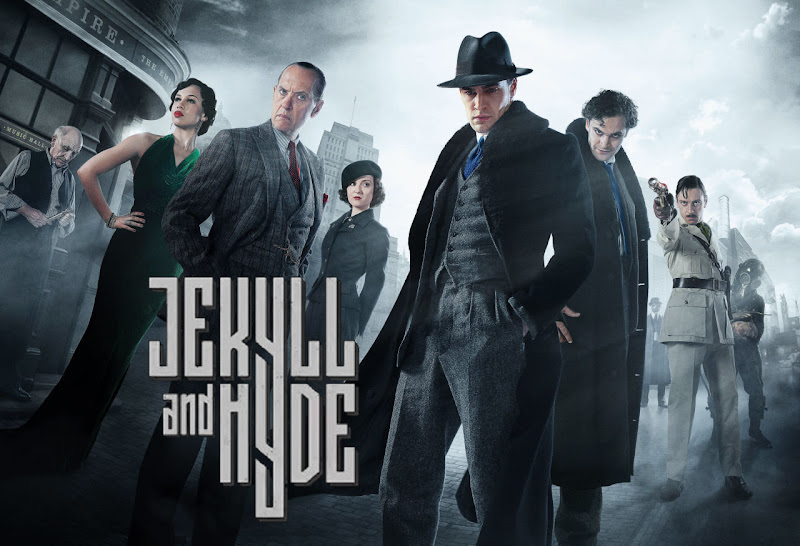 This should be more properly titled “Son of Jekyll and Hyde”, as Tom Bateman is Robert Jekyll, son of Henry, picking up in the 1930’s where R L Stevenson’s literary classic left off.

Returning from colonial India, Jekyll Jnr. is soon scouring London for the family secrets, including how it is that he loses his memory of episodes in which he performs acts of superhuman strength and agility.

Jekyll and Hyde has predigree source material to exploit, along with later insights to psychology; yet what it does is a Buffy-type sequel to the novel, wrapped in the aethetics of Stephen Sommers’ Mummy movies – uber-villain Captain Dance (Enzo Calente – Strange and Norrell) filling the Arnold Vosloo role whilst impersonating Jason Isaacs.

There’s a sub-plot involving a mysterious nightclub madame Bella (Natalie Gumede), a wil-they-won’t they girlfriend, Lily (Stephanie Hyam), the son of the Jekyll’s murdered Indian manservant, old faithful Roger Allam (Mr Holmes, Lady in the Van) pops up as the family doctor, and just to give it some Game of Thrones appeal, Donald Sumpter is Garson, the crotchety old lab assistant of Jekyll Snr.

How does Tom Bateman handle the dual role? Well enough, given this is essentially The Hulk with a bigger vocabulary and who doesn’t turn green. Bateman is likeable and hunky enough for the lead, but the early episodes have him running round in unattractive mild-mannered confusion as Jekyl, and rakish but less-than-threatening rudeness as Hyde.

Throw in an entirely pointless Basil Exposition role for Richard E. Grant (The Fear) as the Mycroft Holmes-ey head of the secret intelligence, Men in Black-cum-Sanctuary monster menagerie, and we have the setup for monster-of-the-week plotlines as Bateman and Calente, ahem, dance around each other in the pursuit of Sunday night ratings.

Competant (if you ignore some atrocious CGI) but nowhere near compelling enough to make me stick to a full first season; they’ll have to do better to get a second. SC

Sue Corsten is a film and TV make-up artist based in the UK.
View all posts by Sue Corsten »
« Opinion: Ad Blocking and why you’re not a pirate
Review: Beowulf Return to the Shieldlands (ITV Studios) »